Posted on December 15, 2011 by unwholesomefoods 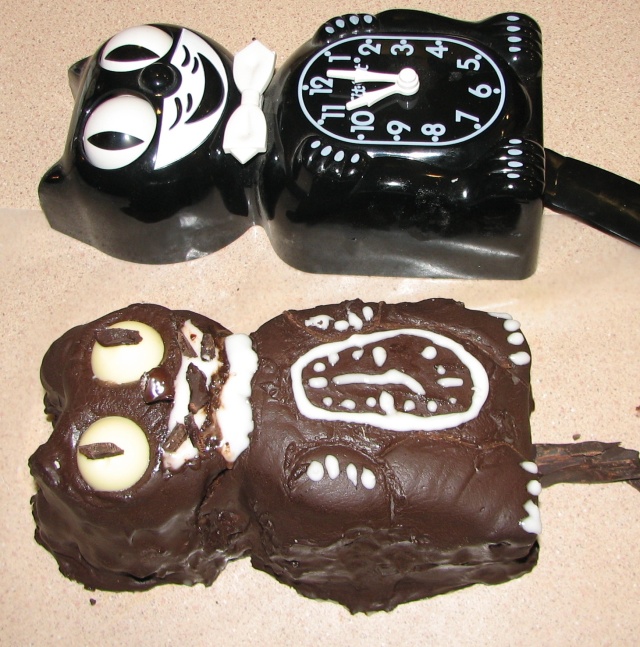 Not wanting to be outdone by the cubecake, Beth made Alex a cake shaped like a Kit Kat Clock.

The base of the cake was made following Shirley’s Crazy Cake recipe from Bakewise.
(The cake is “crazy” because it contains no eggs.  Instead, a bit of vinegar helps the wheat gluten coagulate to keep the cake firm and moist.  Incidentally, this is a cake which is both delicious and vegan, if you’re into that sort of thing).

Two cat shapes were cut out of the cake and stacked on top of one another, with a layer of chocolate ganache  in between. 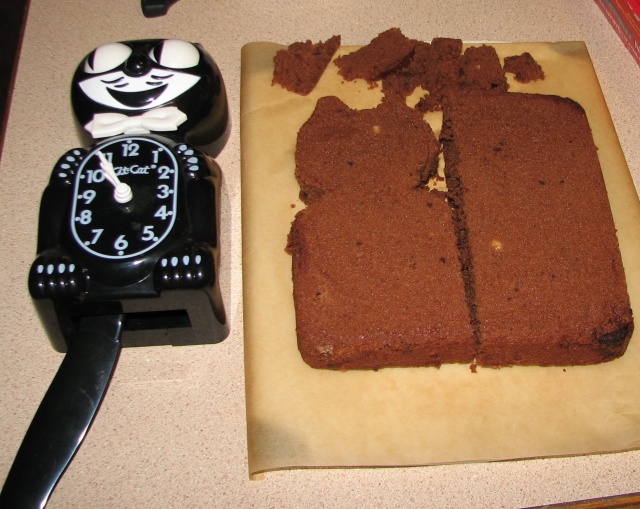 More ganache was poured over the entire cake. Each eye was made with half of a Lindt white chocolate truffle. 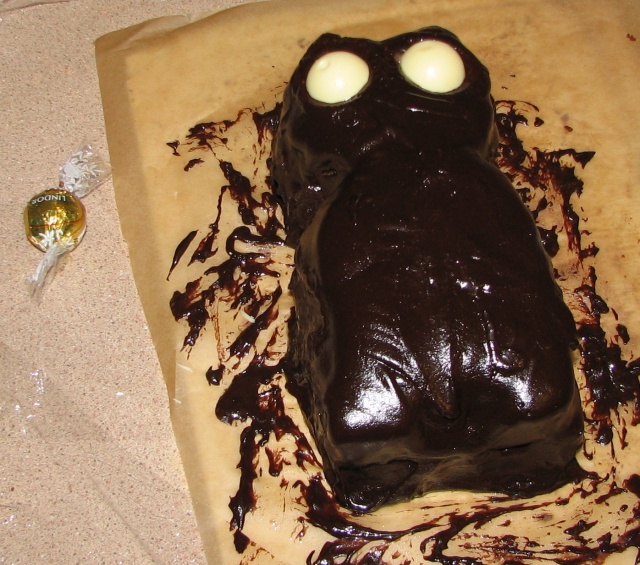 A simple icing made from powdered sugar and milk was used to create the detail, along with more ganache.

The Kat Clock Cake’s body was eaten first, and its head was packaged up to go on a road trip. 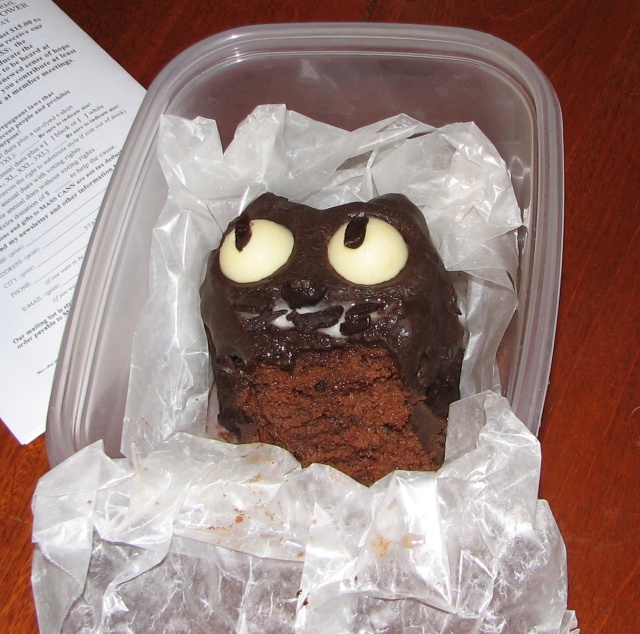