How to Eat a Giant Worm: A Photoessay

Posted on June 2, 2011 by unwholesomefoods

One day, Kristen was making one of the most wholesome of foods: American apple pie!  But our kitchen is no longer such a wholesome place since we started this blog, and soon a strange creature appeared to de-wholesome-ify her efforts, sent to us from the fine folks at Vat19. 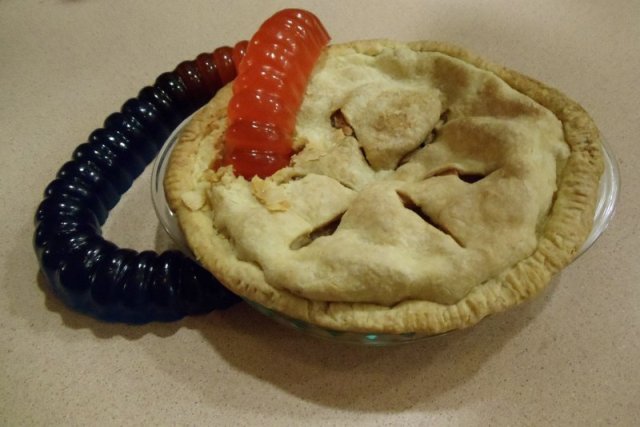 We weren’t sure what to do now that the World’s Largest Gummy Worm had invaded our kitchen.

Alex thought we should simply devour it whole. 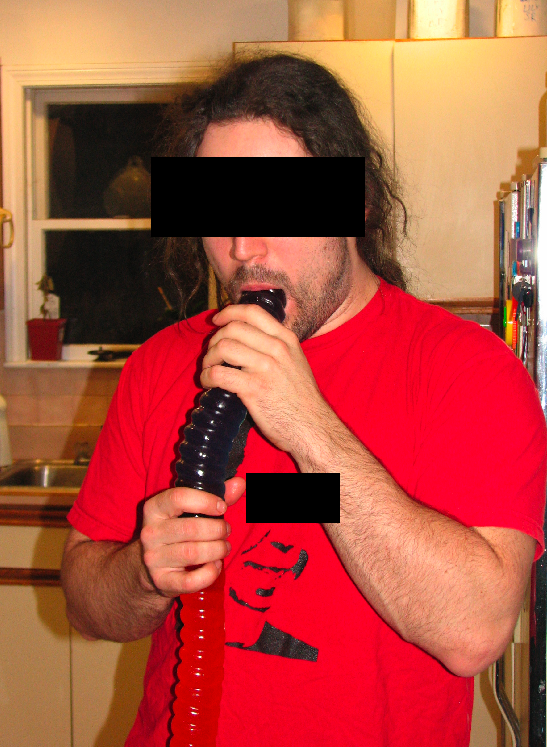 Cheryl thought we should drown it in the bathtub to create the Water of Life.  Unfortunately, the worm didn’t produce any spice essence.  Instead, the worm expanded to about twice its original girth and split in half to multiply. 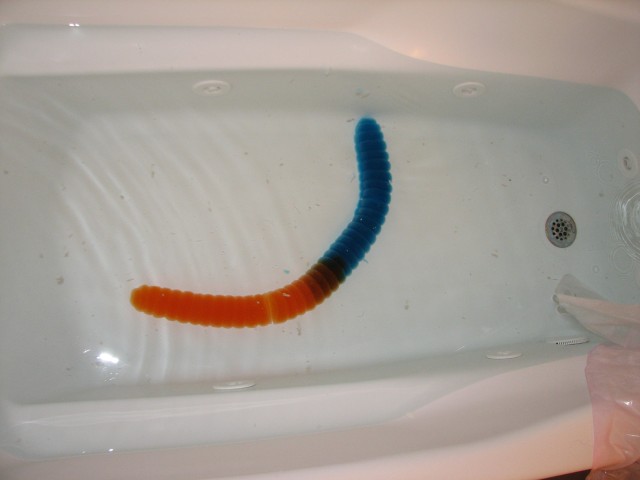 Two brave souls tasted the bloated worm.  They said it tasted like soggy jello. So we quickly fed it down the garbage disposal to save ourselves from the growing worm menace.  But soon a new worm arrived!

Beth decided we should eat this one like a hot dog. 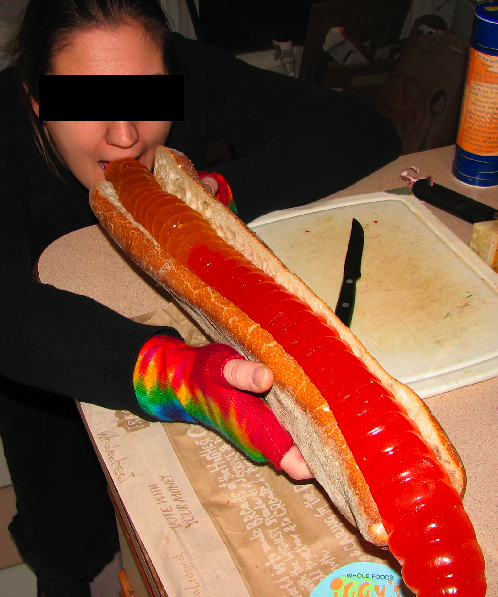 What else could we do? Finally, we decided to devour it in the most wholesome way possible: thinly sliced with crackers and cheese at a pleasant dinner party . 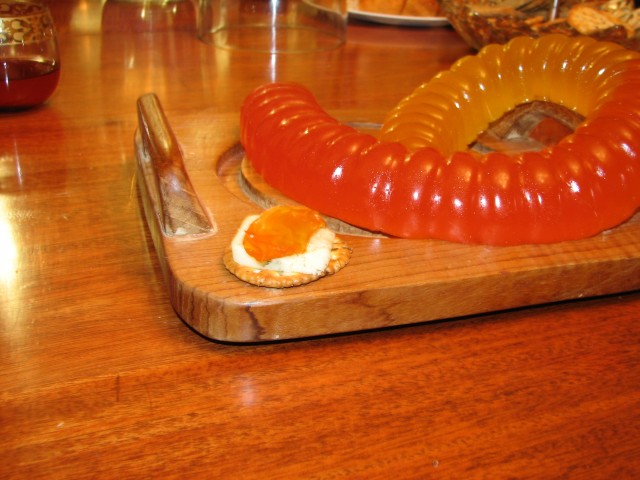 Everyone agreed that the gummy worm and dill Havarti crackers were surprisingly tasty!

One of our dinner guests reminded us of the classic children’s book, How to Eat Fried Worms, and that sounded like a challenge to us! 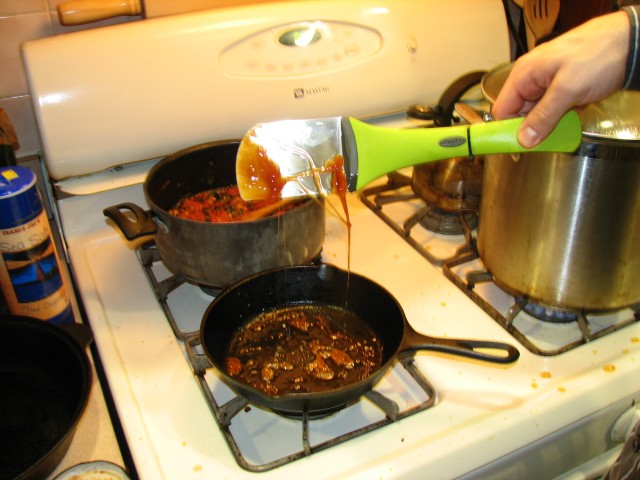 After pan frying, the worm melted into a sort of taffy-like substance.  It was pretty delicious, but it really stuck to our teeth.  Some time we may have to try fried gummy worm again, but breaded and deep fried.

4 Responses to How to Eat a Giant Worm: A Photoessay